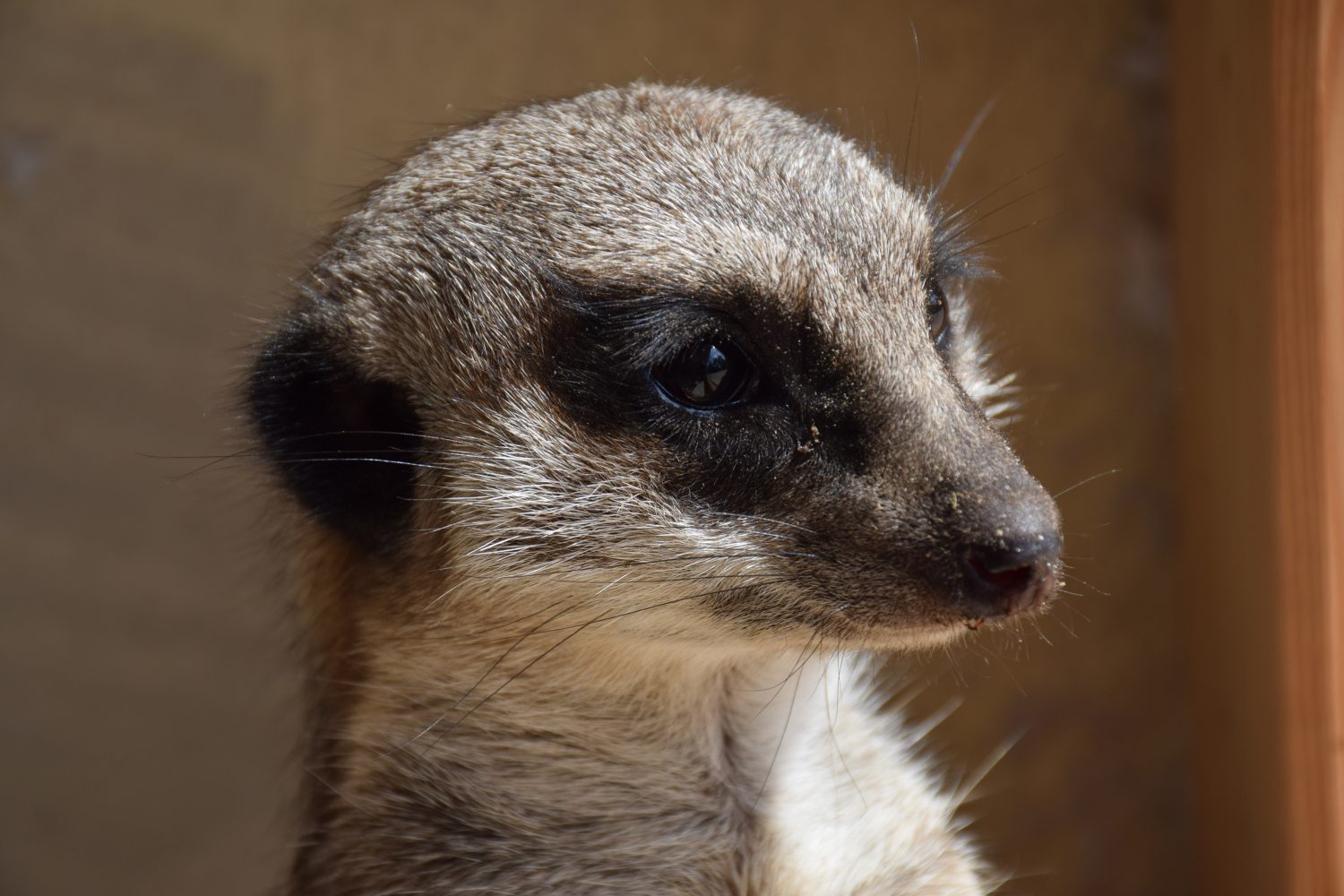 Meerkats belong to the mongoose family. They are very sociable, social, diurnal animals that live in colonies of up to 30 animals. These colonies consist of several families.

They like to snuggle up close to each other to keep in physical contact. The highest ranking female (the queen) provides for offspring, further female animals are forced into the role of helpers or killed.

Meerkats dig down to 3 m with their sharp claws of their front legs and lay out underground passages.

They like to stand on 2 legs to observe the surroundings. The dark spots around the eyes prevent the sun from blinding them too much when looking into the distance.

As soon as an enemy is in sight, the guards start barking or whistling.

Meerkats are sexually mature at 10-12 months, have a gestation period of 77 days and mate all year round. 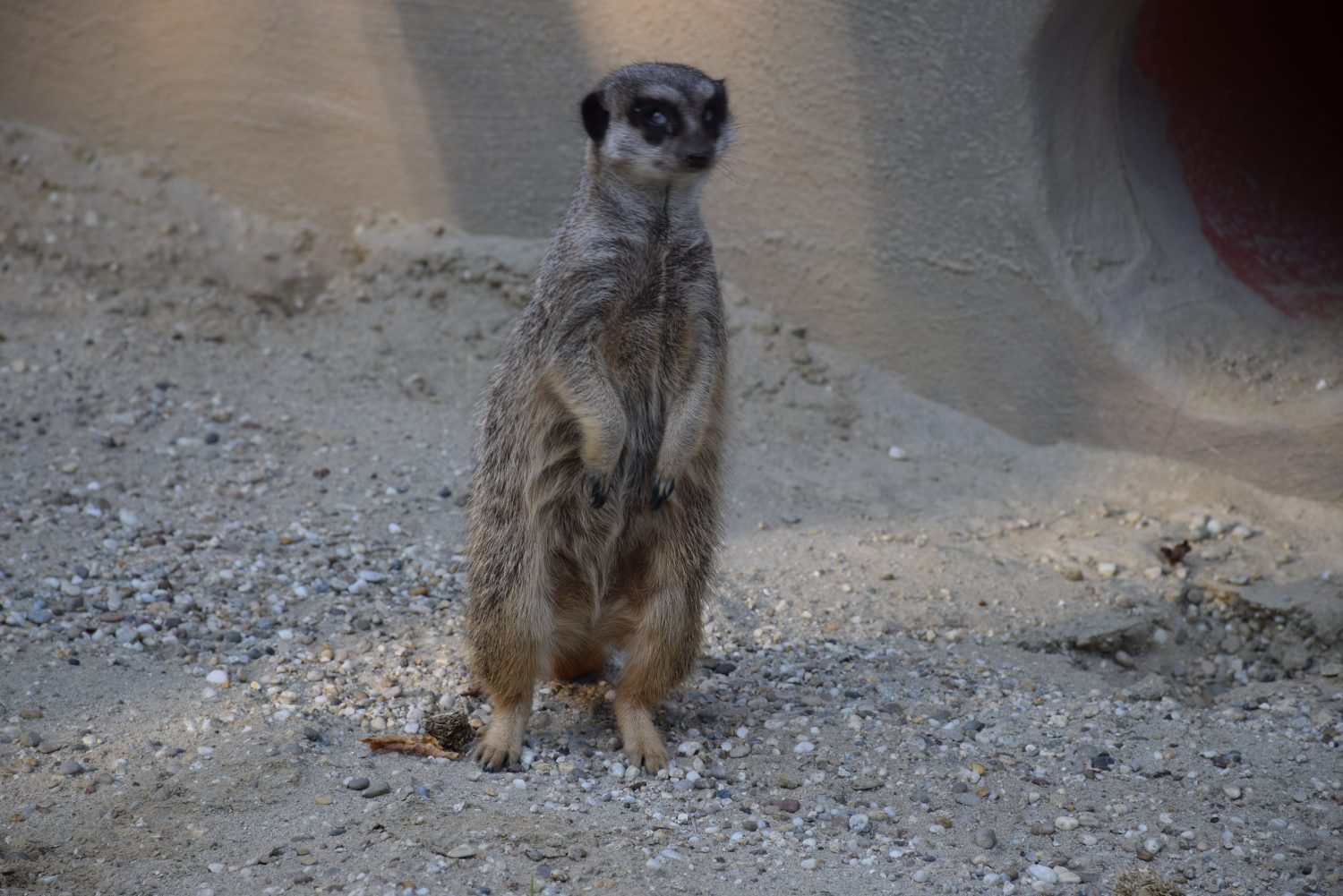 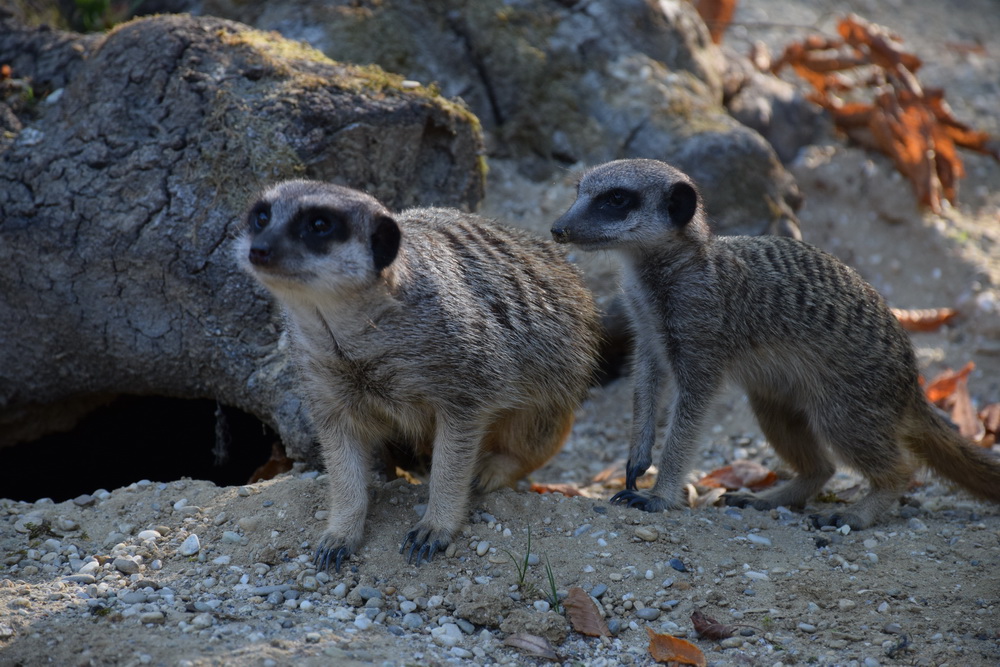 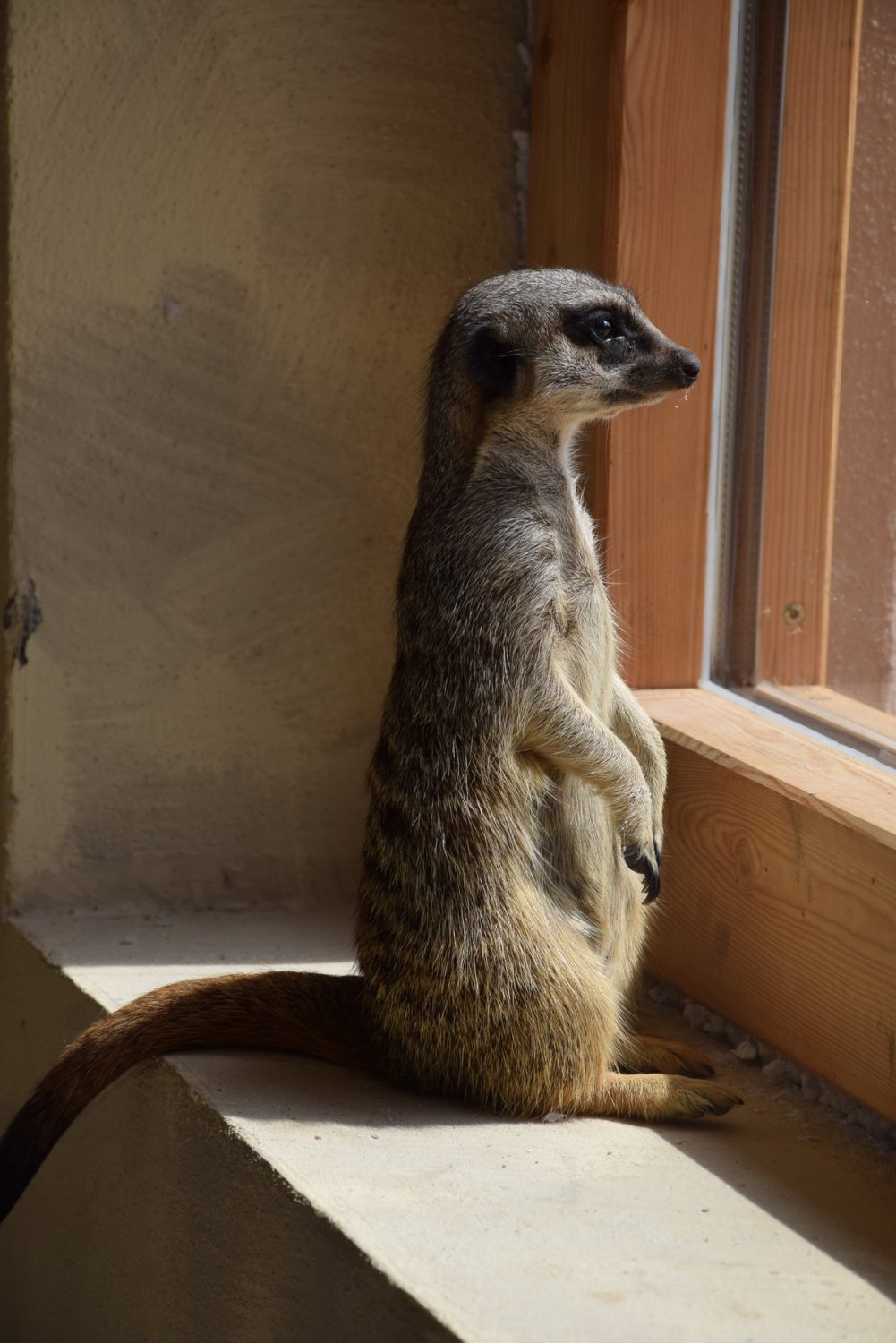 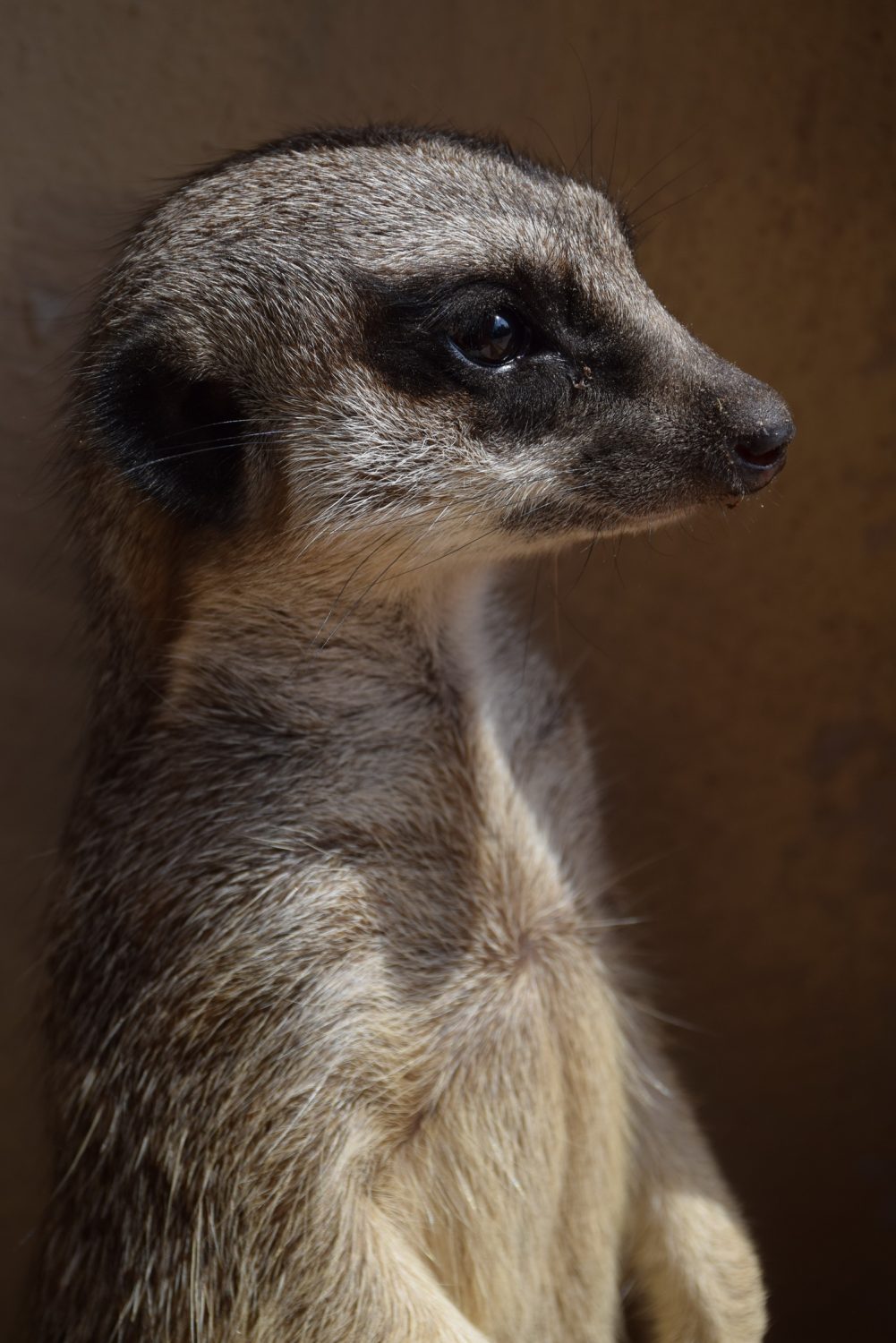 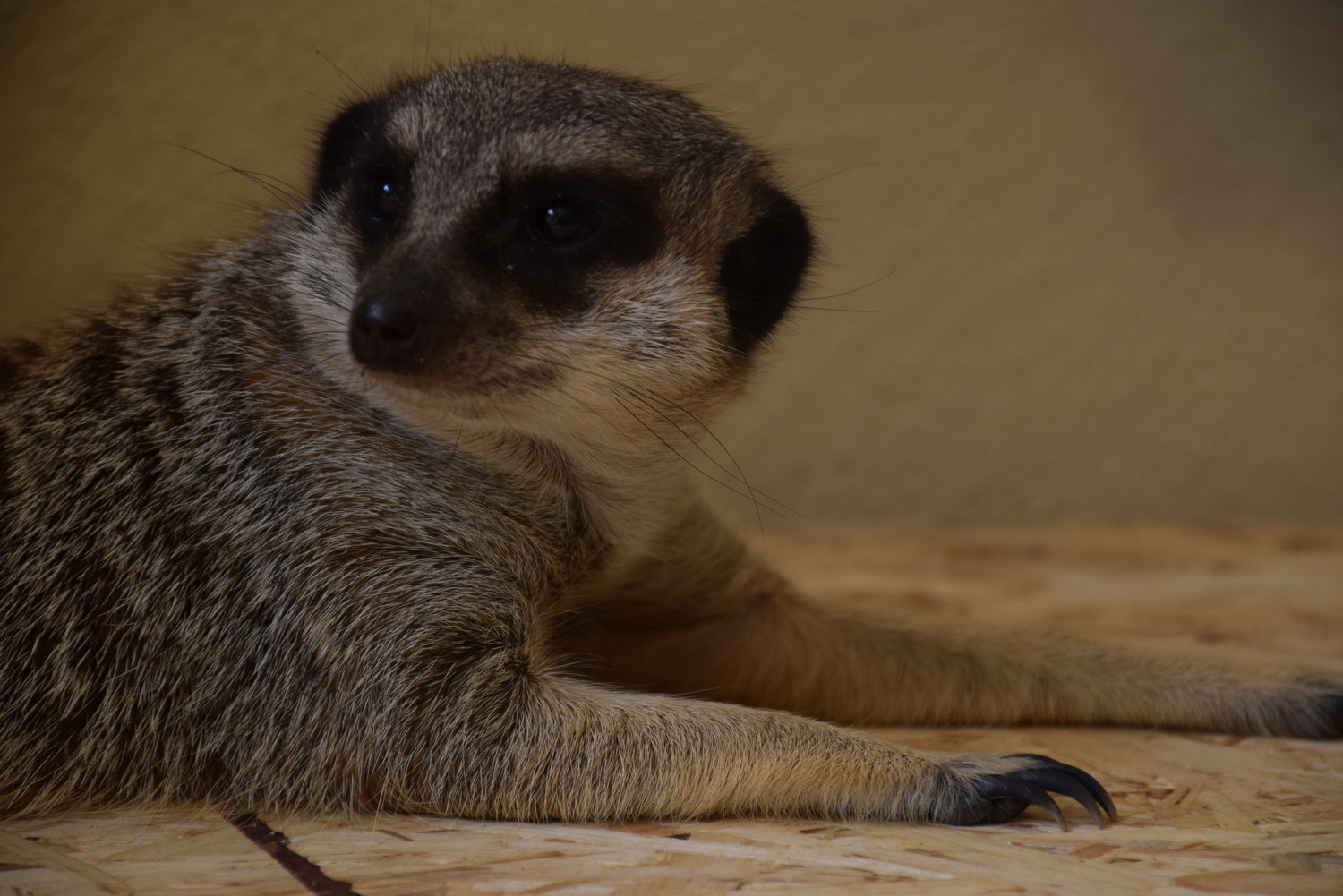 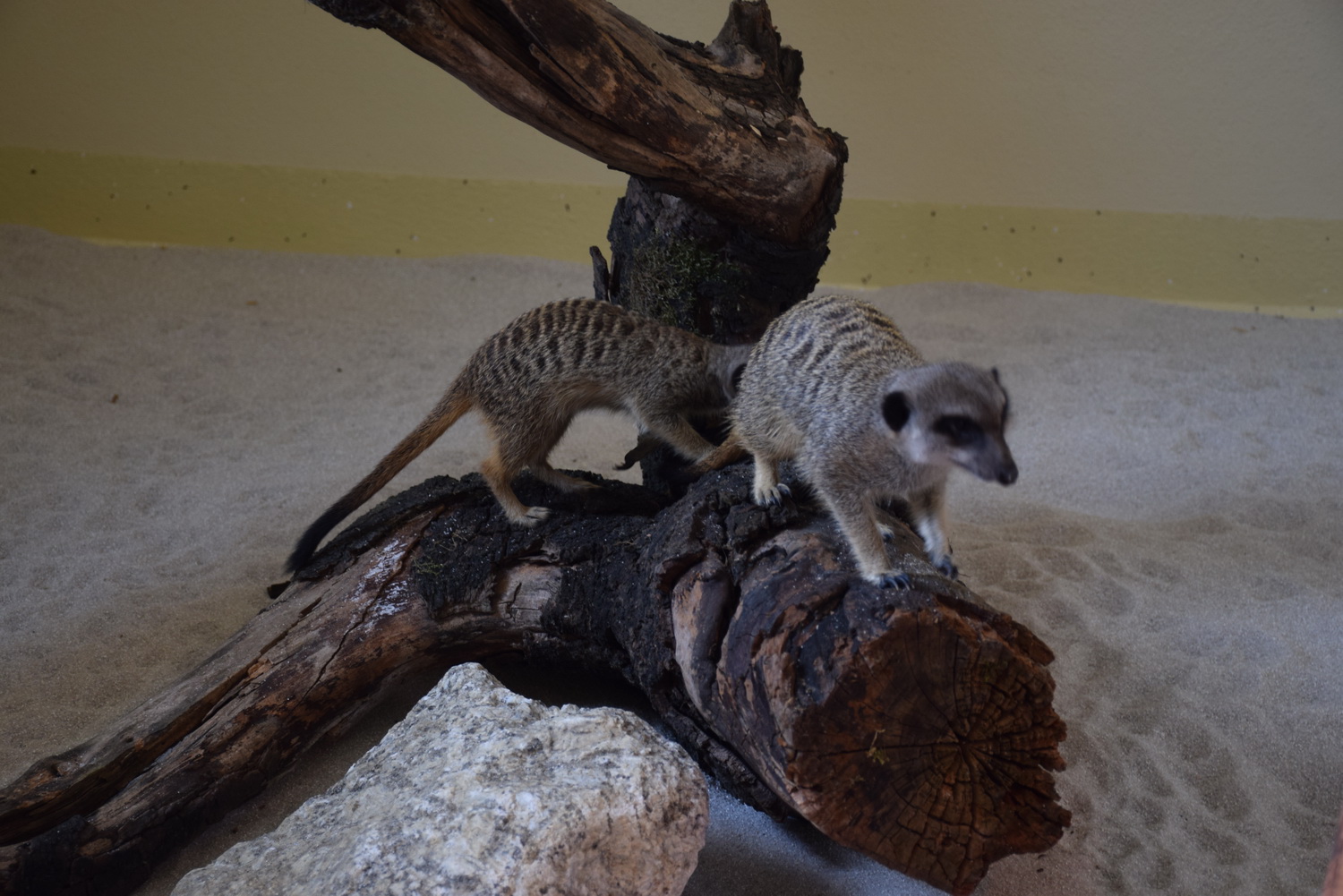 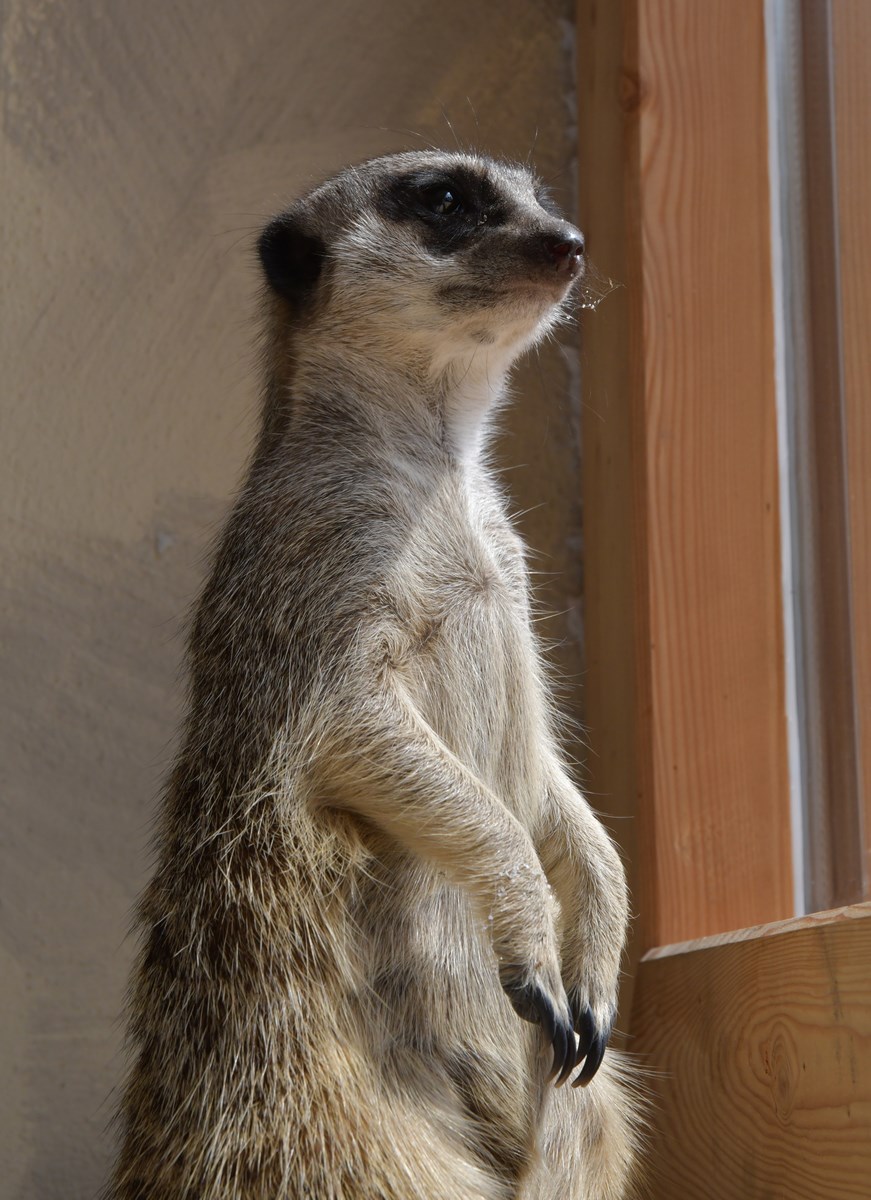 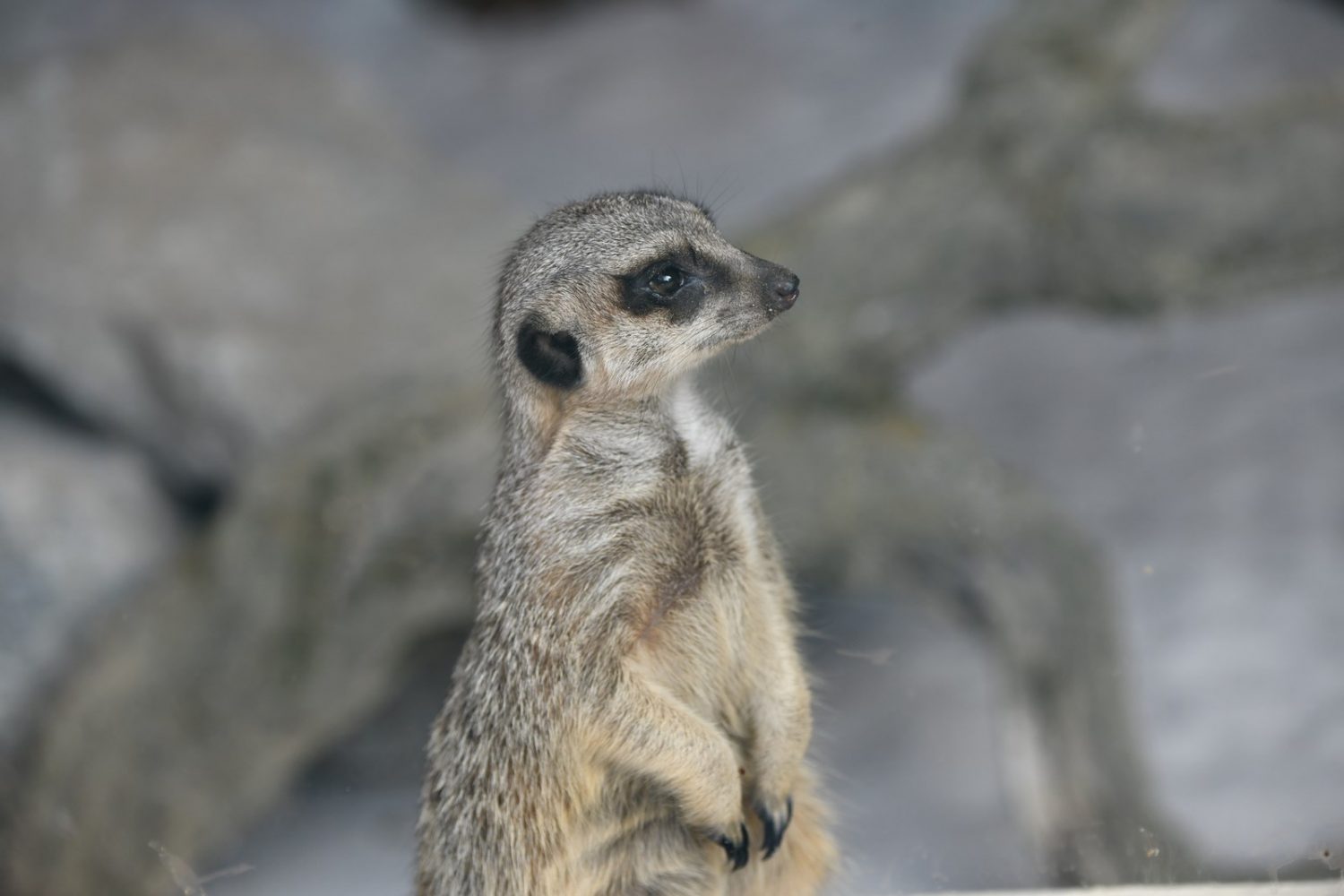