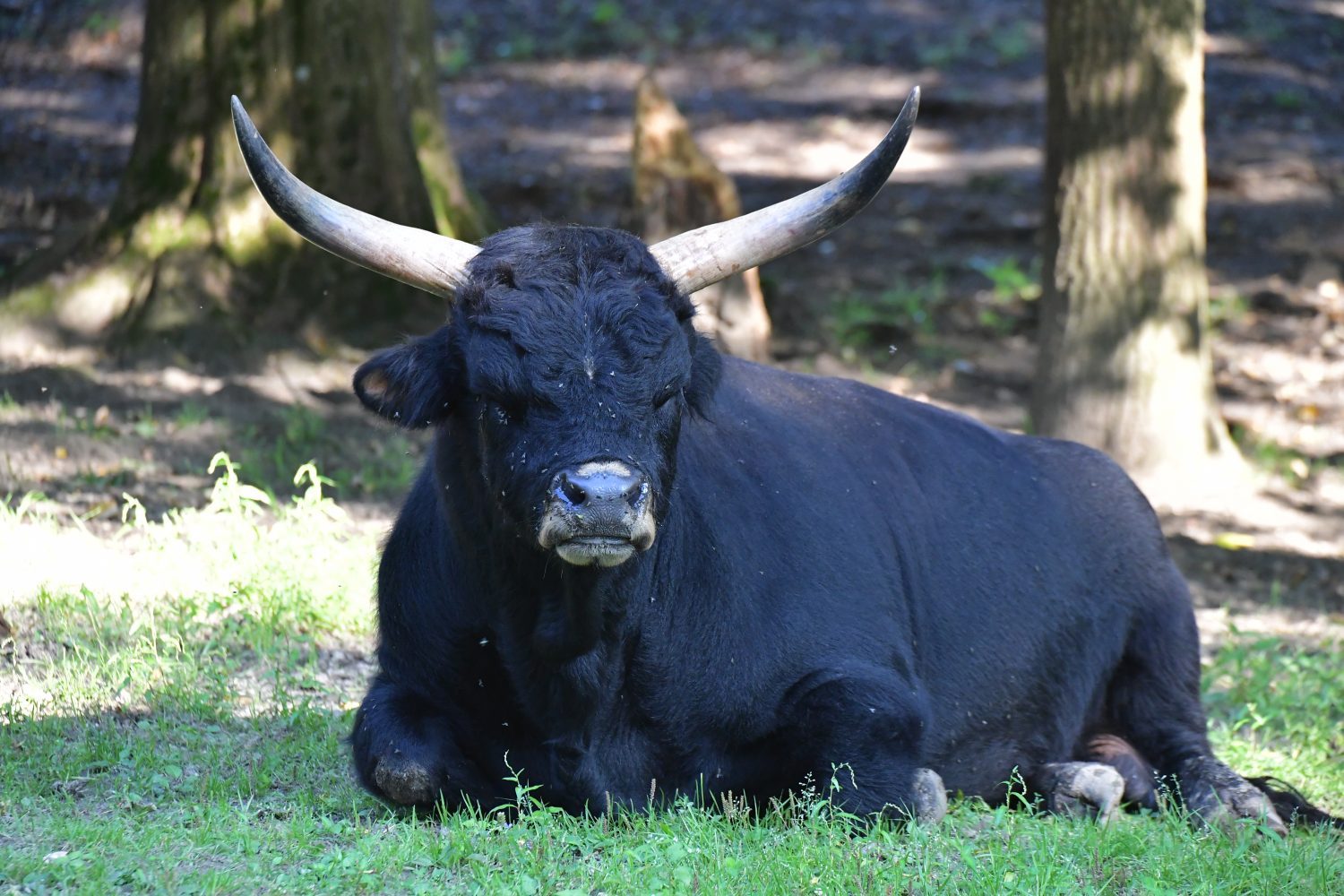 The aurochs are considered the primordial animal of all domestic cattle.
It was spread from the Atlantic to the Pacific and from the tundra in the north to India and North Africa. The aurochs were domesticated, independently of each other, in different places. The spread of agriculture reduced its population and the last aurochs died in 1627.

In 1930 the director of the Berlin Zoo Lutz Heck began an attempt to reconstruct the aurochs. Various primitive cattle breeds were used for this purpose. Animals emerged which provided an approximate picture of the appearance of the aurochs, but a real re-breeding was not possible. Even the original size of 180 cm could not be reached.
Again and again young animals appear, whose appearance deviates. The real aurochs are and will remain extinct. 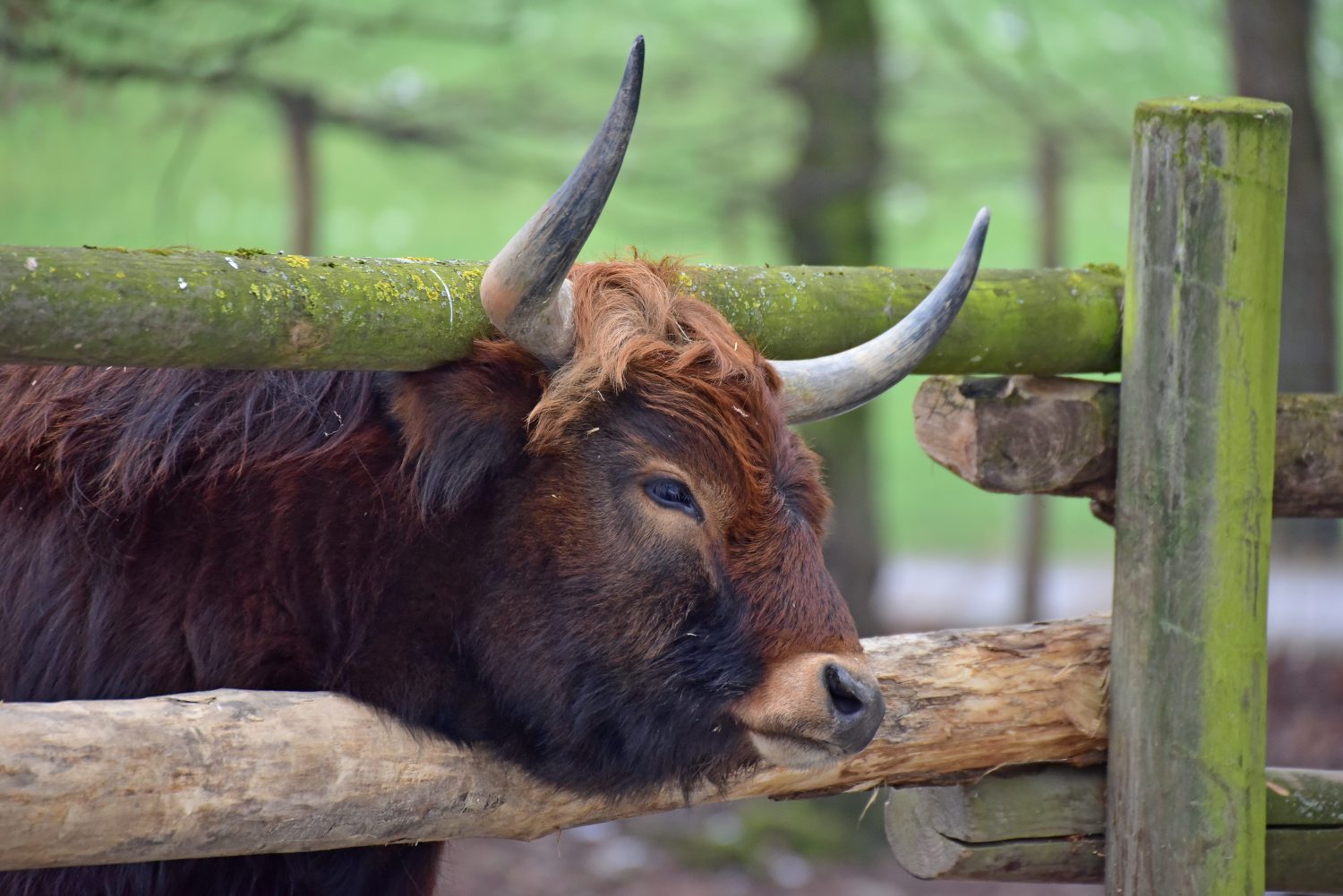 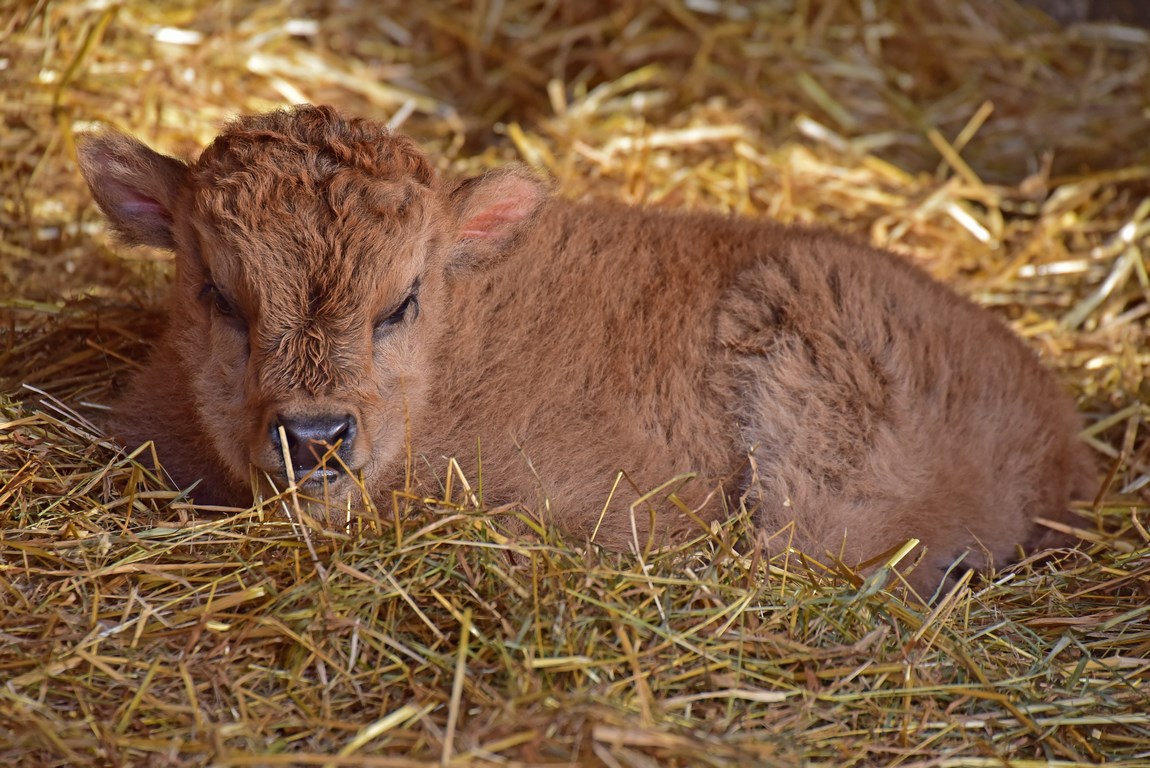 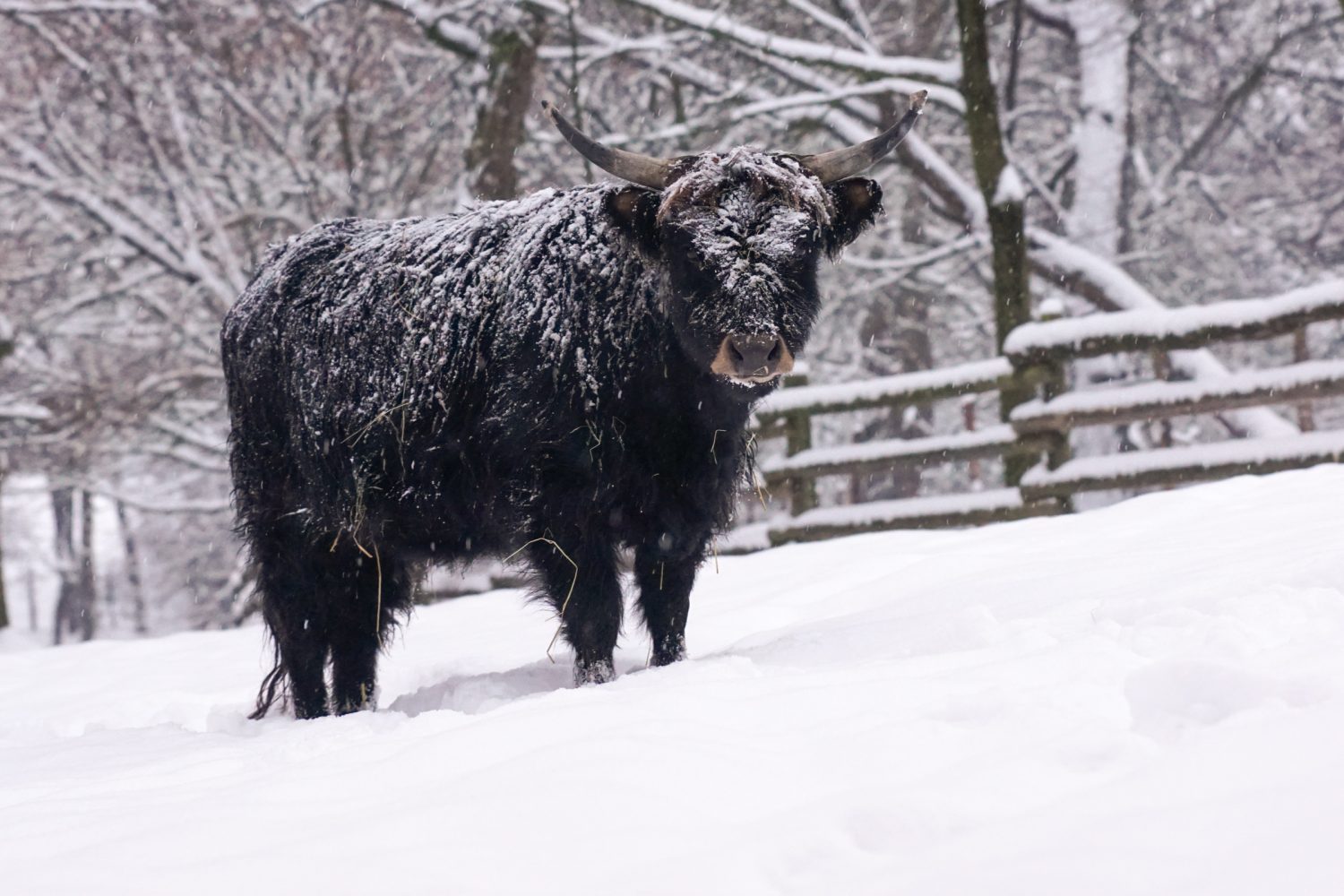 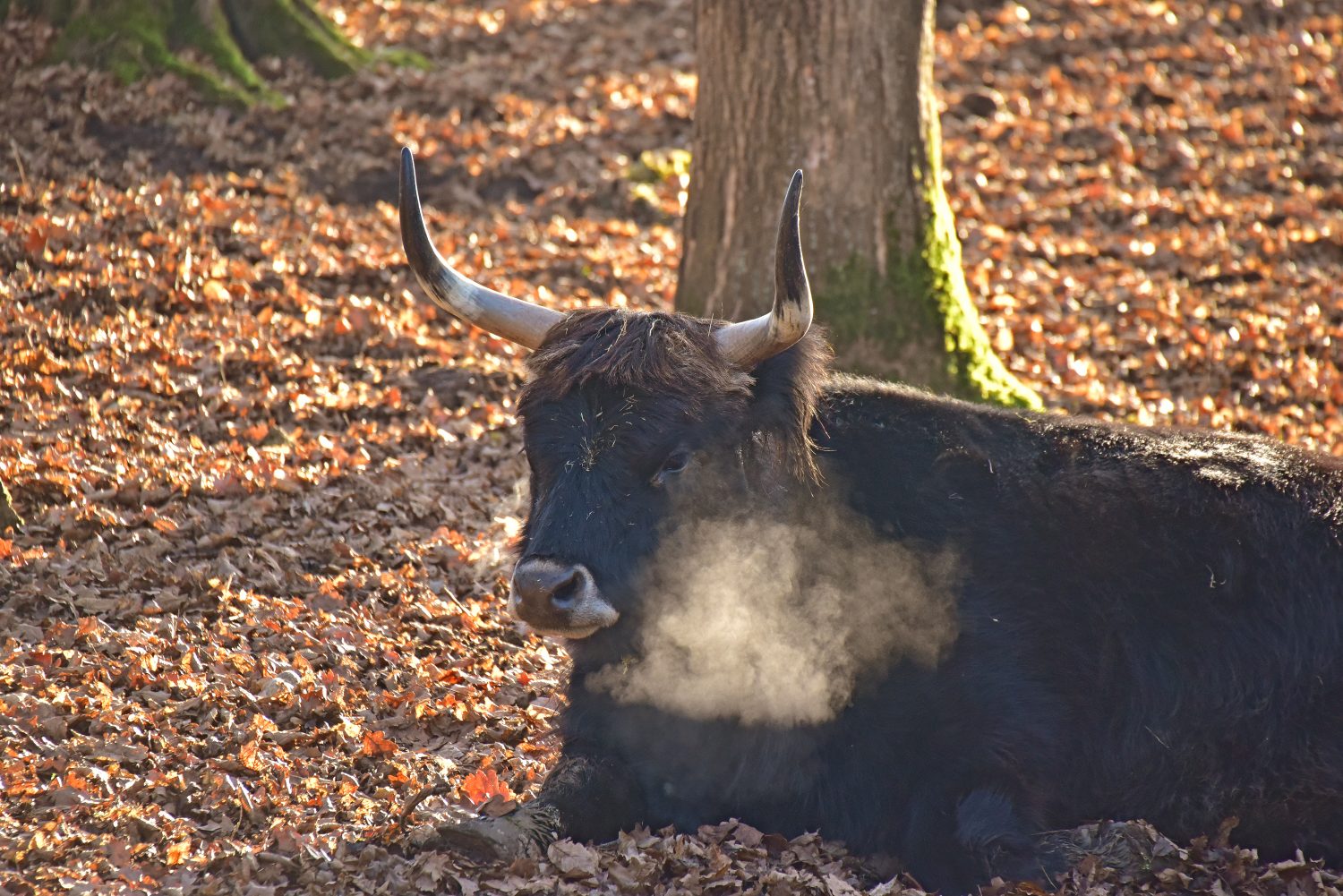